These luxury flats in Brighton have been built with the Wallform 313 system which achieves a wall U-value of 0.18 W/m2K as standard. At first glance the project appears to be a two storey building in keeping with the neighbouring properties. However, it is in-fact a four storey structure, as the developer Minton Young has cleverly sited one storey underground, and another in the roof space. 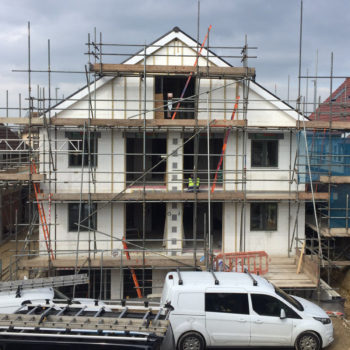 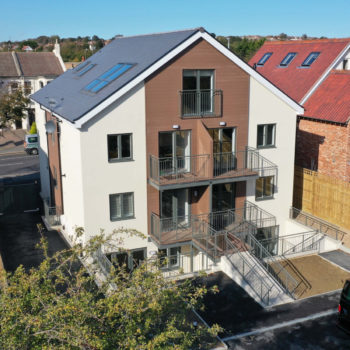 Inside, the individual apartments have been separated from one another with Wallform 313-200 firewall blocks, which is a wide-core variant of the standard 313 Wallform block. This wallblock is designed to maximise sound reduction whilst at the same time providing increased fire protection performance.

The same wide-core Wallform system has also been used to form the retaining walls of the subterranean apartments, which incorporate sunken patio courtyards to help bring lots of sunshine into these spaces below ground level.

To continue the high-performance, high quality feel to the build, solid concrete floors have been specified at every floor level, which is another key benefit of building with Wallform ICF. The in-situ concrete core forms a high strength structure capable of carrying loads well in excess of even cavity wall construction.

The project required a carefully planned delivery schedule co-ordinated with the contractor to ensure the limited space on site would not turn into a storage nightmare! The Wallform shell has then been completed with a mixture of render and composite cladding.