Richard and Hollie Gaze’s project at Heol Rhyd started out as a 2-storey extension…then turned into a new build 4-storey dwelling with basement!

Their home was built into a valley on soft ground and had been extended twice in the past.  One of the extensions was breaking away from the main house so restoration work was needed! 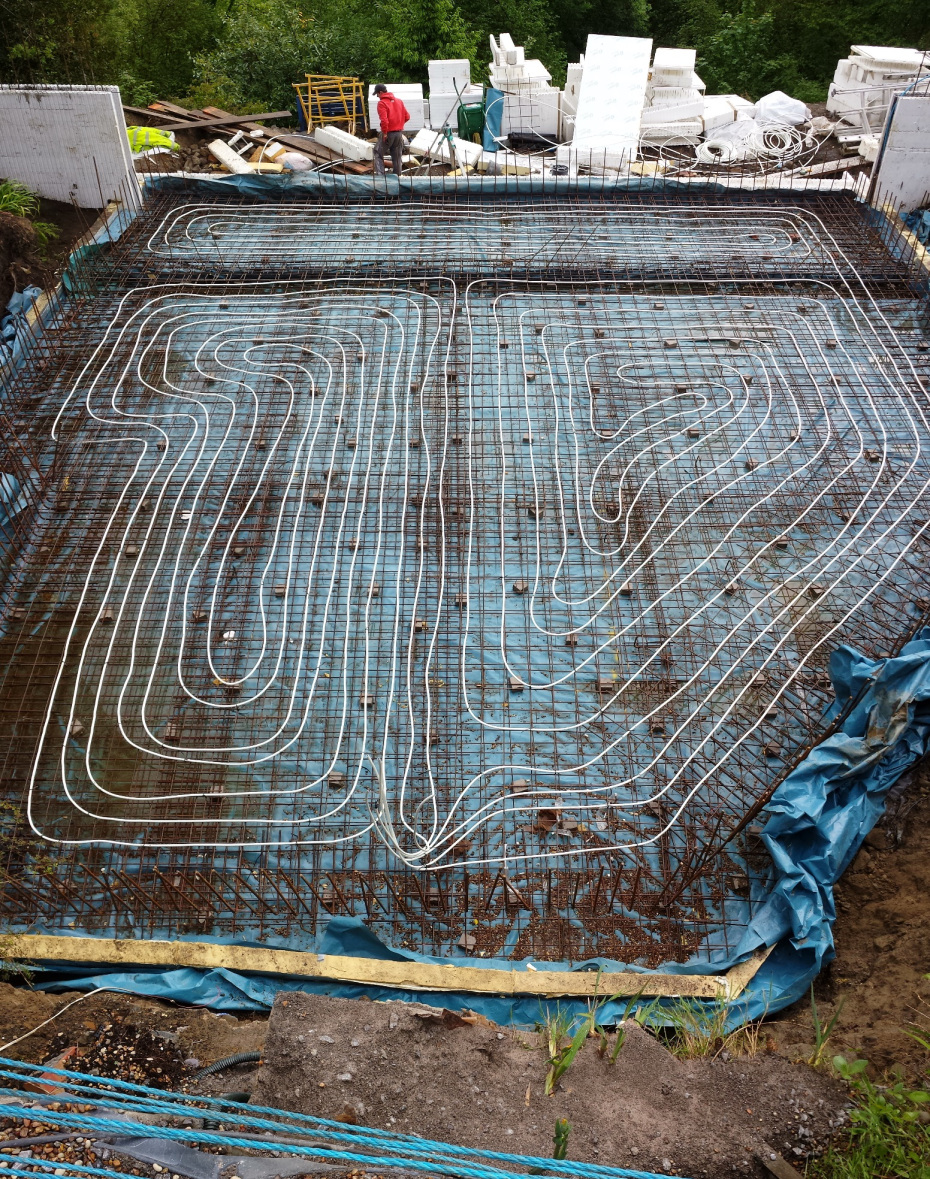 Initially, the existing extensions were going to be demolished and a new one put in its place.  However, due to difficulties with the ground conditions and the costs involved, it soon became clear that the best plan would be to start again. Which they did, and a new set of plans for a magnificent 4-storey dwelling were soon produced. 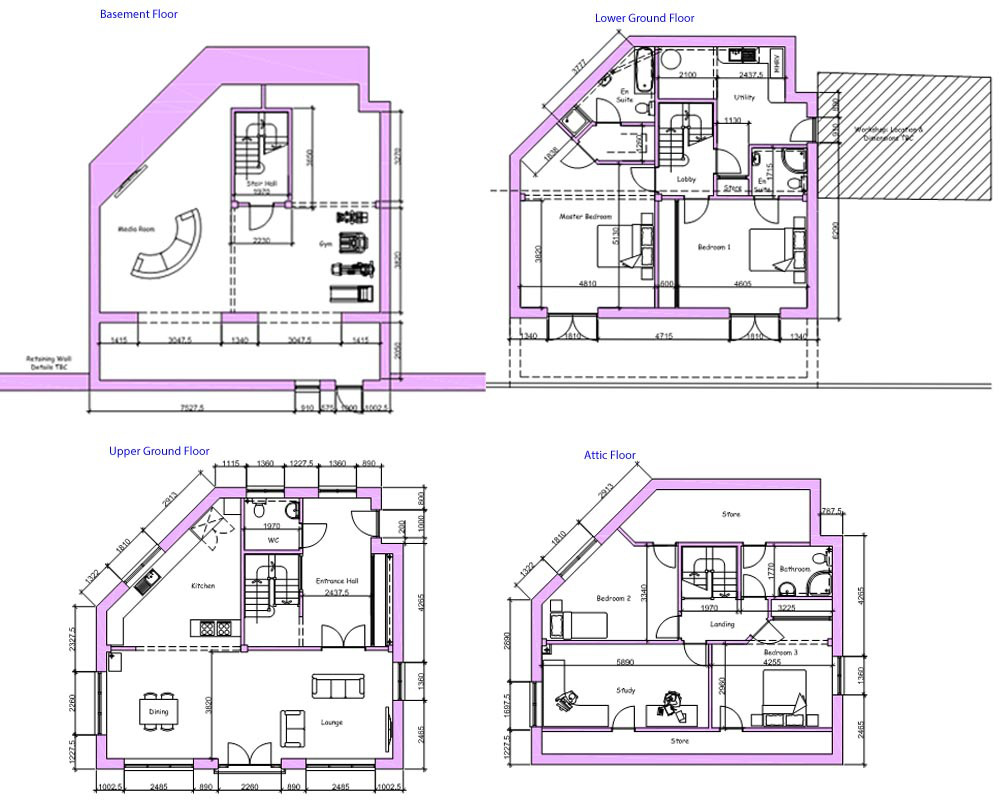 Richard explained, “One of the major benefits of having chosen Beco was that we were able to build a basement for the same cost as doing the piled foundations.”

The first task was footings for the 3m high retaining wall across the property to create some level ground on this very steep site. 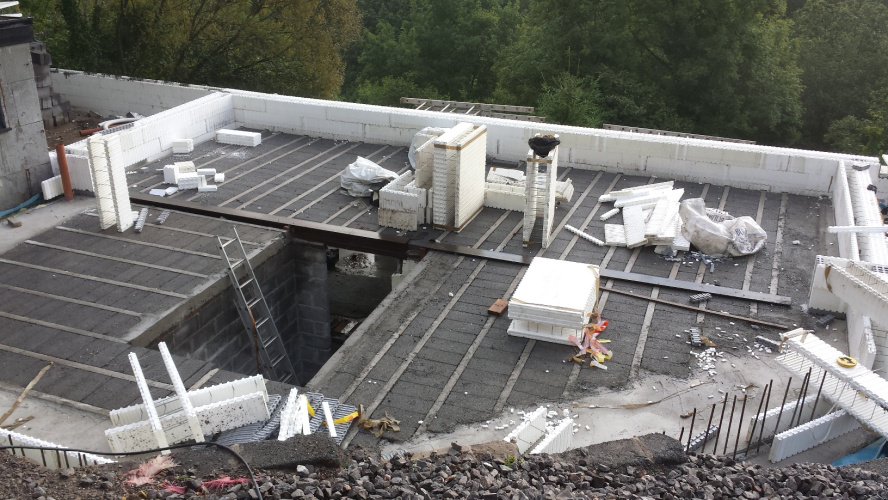 Next, the basement was built and buried and the beam and block floor, the lower ground floor, constructed, then the wall building could begin.

When all four storeys were completed the structure looked very impressive! 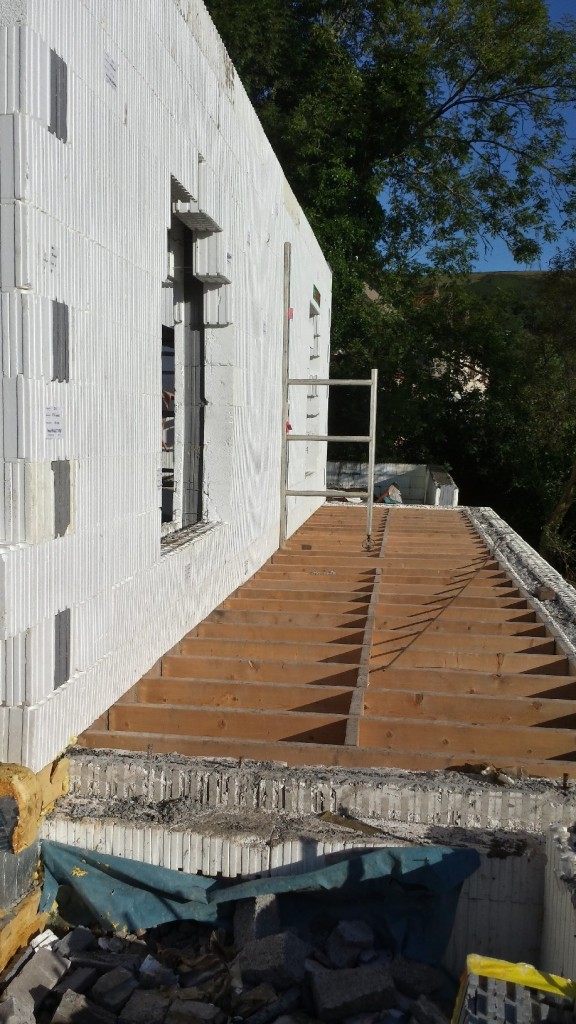 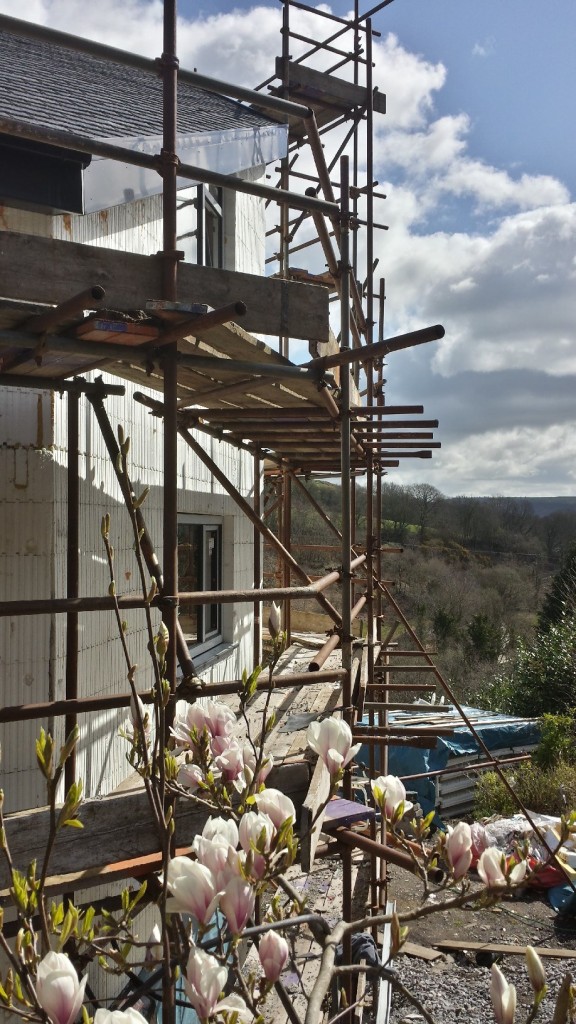 For the roof construction a range of flexible ‘Eco-Slate‘ recycled, rubber roof tiles were used as these were environmentally friendly and they act as an insulator so would help reduce heating costs in the future.

The tiles are also waterproof and long-lasting, typically 50 years, although it’s worth noting the number of experienced installers is lower than that of traditional roofing tiles, so installation costs can sometimes be a little higher. 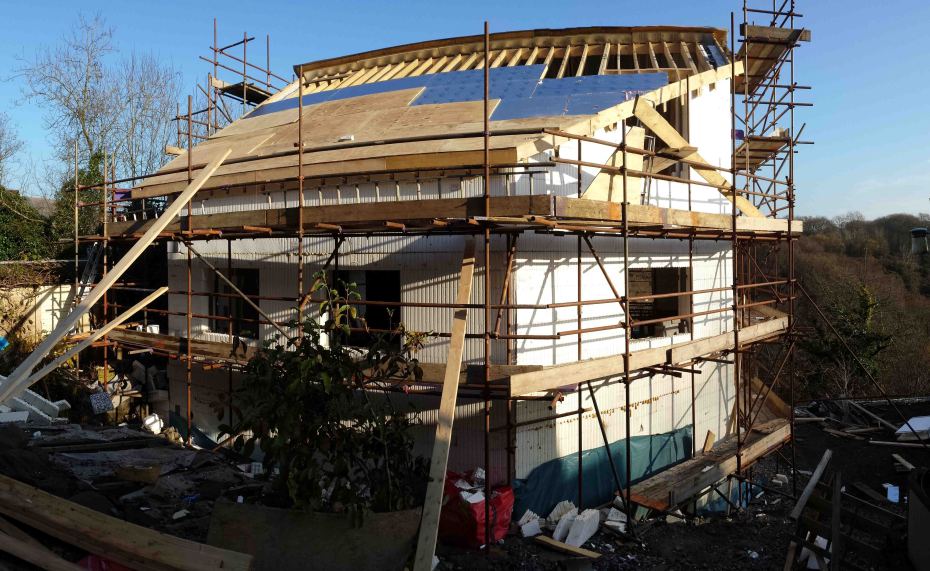 Once the roof was completed and the house was watertight, work could commence on the plastering, electrics and plumbing.  The top-floor study was fitted with several power points for computers and technical activity – what a great place to work that will be!

To quote Hollie, “this house is a beast..a roller coaster of a project!”